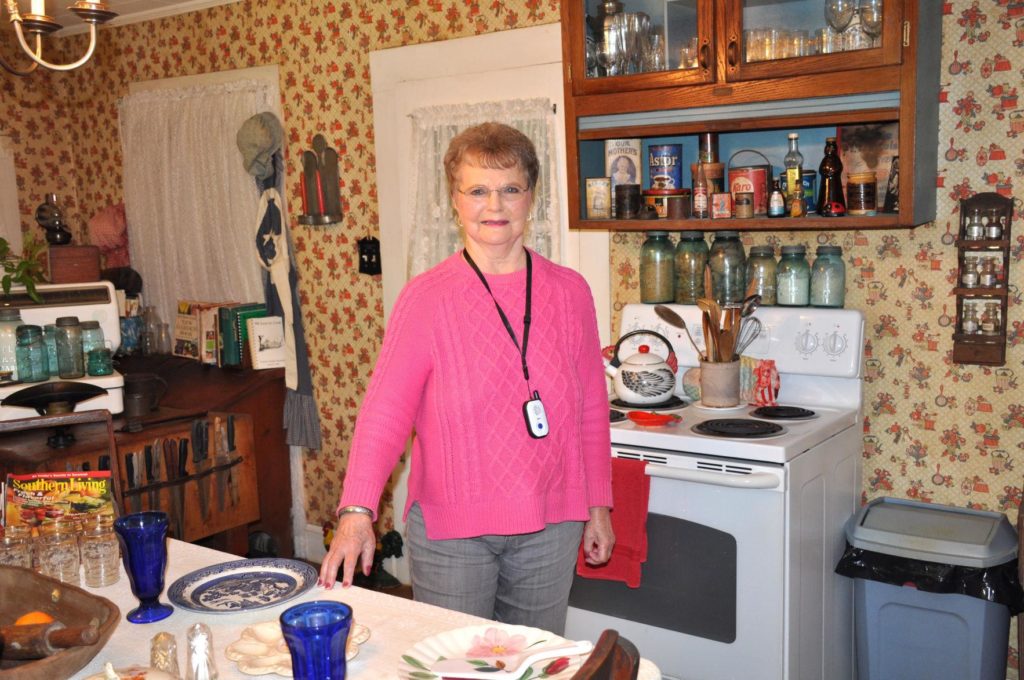 Council on Aging in Union County has distributed more than 100 free alert buttons that provide senior citizens with a level of security in case they have an emergency and need immediate help.  “Alice” lives alone at the age of 83, and she says her alert button saved her life after she fell outside and couldn’t get up.

We’re using a pseudonym to protect the identity of the elderly woman featured in this story because she lives alone in rural Union County.

Remember the 1980s television commercial with the line, “I’ve fallen, and I can’t get up?”

Alice received the emergency response system free from the Council on Aging in Union County in February and activated the automated response button just weeks later after she fell in her yard.

Andrew Friend, executive director of the Council on Aging, says his nonprofit agency has distributed more than 100 systems to county senior citizens since December and has more available — free.

Once the client pushes the pendant button, the system alerts 911 and acts as a two-way radio between emergency services and the client. The client can describe the situation so that responders are better aware of the medical situation before they arrive.

Alice explains why she sounded the alarm.

“I was out in the yard and saw the bird bath had fallen. I bent to pick it up and fix it, but the ground was mushy. It fell over and I fell on it,” she explained. “And there I lay. I couldn’t get up and my hands wouldn’t stop bleeding. My hands were a mess.

“What am I going to do?” she recalls thinking. Alice lives alone out in the country with no neighbors to see her predicament. “I couldn’t believe I fell; it happened so fast.”

The situation was complicated by blood thinning medication prescribed after hip surgery last year. She says the surgery was a blessing, but it left her a little unsteady and the blood thinner makes bleeding more difficult to control.

“I was lying there wondering if I should mash the button.”

Fortunately, she did. When emergency assistance arrived within 10 minutes, the bleeding hadn’t slowed. The attendants lifted her from the ground, moving her to a nearby patio and working to get the bleeding stopped. She didn’t require hospitalization and was able to remain in her home with bandaged hands.

Since the episode, Alice says she’s never far from the alert button, which she wears around her neck. “I can’t live without it now; I even sleep with it now,” she said. “I could get up in the night and fall and there I’d be again.” She even keeps it nearby when bathing.

She says she no longer would feel safe in her home without the alert. “I’d be scared.”

Alice requested the system immediately after learning of its availability and would have purchased an alert system earlier “if I could have afforded it. I had hip surgery, live by myself and I’m 83 years old. And I’m fumbly,” she explains.

Some other systems have a monthly fee, but the Council on Aging system has no charge and can operate through a phone landline or cell phone, depending on the client’s need.

Alice has used additional Council on Aging services for several years, including volunteers to help with yard work and install an outside railing. The Council also provided Medicare supplement information and connected her with Legal Aid of North Carolina to prepare a will.

About two years ago, she started receiving in-home aide services, which she continues to receive twice weekly. Her assigned aide vacuums, mops, cleans the bathroom and kitchen, if needed. After her hand injury, the aide regularly washed dishes for her. In addition, she picks up groceries and medications.

Their relationship has become quite friendly; the two spend time each day catching up on what each other has done since they last were together.

For more information on the Council on Aging and its services, visit www.COAunion.org, on Facebook or Instagram and by calling (704) 292-1797.

Council on Aging in Union County is an independent, non-profit agency that advocates for the well-being of older adults by providing services and resources for them to live independently.